Nobody ever expects their home to be broken into. However, it does happen on occasion. This is why people install security systems. In this video, you will see one terrifying instance of some burglars breaking into a home with several children inside while their parents were away.

The video starts with the robbers in the home carrying guns. It is all captured on a doorbell camera as part of the home’s security system.

The gunmen order the kids on the ground while they search the house. It appears that they may be looking for guns or other valuables. One of the boys scoots next to their sister to comfort her. The girl is then grabbed by her hair and ordered to another room. At this moment, the parents had been notified of the invasion through their security system’s app. They were able to see it all unfolding in real time. What a horrifying experience. The parents then started yelling at the burglars to leave through the doorbell camera. They also tell them that the police are on their way. The burglars seem to get noticeably worried and pick up the pace. They quickly vacate the home and attempt to get away. Once these criminals are caught, it remains to be seen if they are held without bail for such a crime. 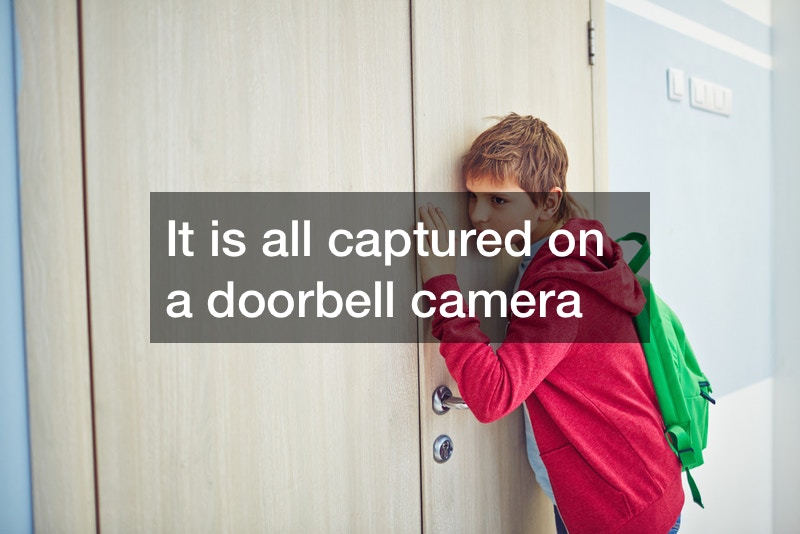